CrazyBob's Cops And Robbers game information, help, faqs and guides. If you need help with something in game, this is the place!
Post Reply
54 posts

saadassassin wrote:can u guys help me which stocks to buy at which price and sell them when ... i remembered old stocks system when we were sllowed to buy more than 25000 but dont know the current one.. pls help. nd plz dont tellme that keep looking at stcks and understand urself..

I will be doing an update to this soon so don't worry about it plus with any updated information that is granted to me during the time from now til when I finished the findings!

Thank you a lot. 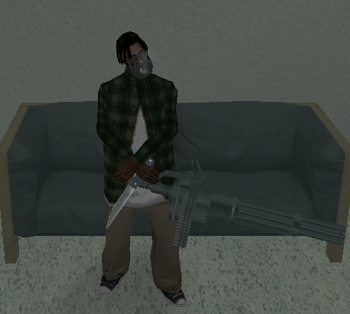 I'm trying to find a reason for which this happens ( check pic ). image hosting sites
So the cops were doing horrible, there were a few of them - half the map was purple - murders were on a spree, oh and the robberies - literally non stop so you could see the market plumet to the ground, genuinely influenced by player activity as claimed on crazybobs short informal pages from main website and the multiple forum guides.

But then market closed as usual at 19 pm, prices got stuck the way they were - cop activity was as low as before but then magic happened, immediately after 7 am the price went to an avarage so to speak a normal price without a reason... I need to know this, and I would appreciate if a developer / or THE developer would help with an explanation - is that variation after the markets open random or is there a narrow time window before it opens where the activity concentrated within it influences the new prices, because every time I've tried to look into it - it seemed 100% random to me, but again I might be a brainlet and unable to see the pattern there.
Top

By having a look at that picture and the current stock you are looking at, I'd say that the Police Market has been doing a lot of bad crashing lately and has been going into a lot of bankruptcy!

I'd advise not to buy that stock unless it has been fixed but don't know when that will be as this has been noted towards the script team but hasn't been fixed yet!

I have updated my main post a long with some helpful tips for NON-DONATORS to keep as much of their in-game money as possible!