CrazyBob's Cops And Robbers game information, help, faqs and guides. If you need help with something in game, this is the place!
Post Reply
98 posts

Yes vesa, that is incorrect. if you shoot the hell out of their car and its not moving then you're dealing with a cheater. Tons of cars have 1000 now.

ChiLa wrote:It's actually a bit strange, when 16 yo guys say i love cbs djing. Whatever *cough*asslickers*cough*

You know what's funnier than an asslicker?
Someone who goes around calling everyone an asslicker.
I'm sure we all agree that you're very cool, rebelling against authority and all...

Carl2 wrote: Some might think “aren’t there enough cop tips and guides yet?” Maybe, but I wanted to create a single place where new players could come and find a detailed guide on how to be a cop and give regular cops a place to learn a couple things they didn’t know about yet. Another reason is because recently the amount of retarded noob cops is skyrocketing and it’s come to a point where it’s just plain annoying. It seems that almost all cops have lost their brains.

Of course they lost their brains, they're forever being shot in the head by people. 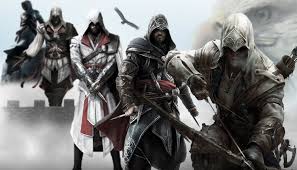 If you want to, even if it's a bit late; you can add that /rank will also show your rank. You can also buy civillian car upgrades, which "turns" any (Unsure, it is really any?) civ vehicle into a police vehicle, so you can arrest from it. Great guide other wise!

gj u did a realy good job

Do not pray for an easy life, pray for the strength to endure a difficult one.

Look at the date this was made, all these new perks weren't around before you started playing.
Top